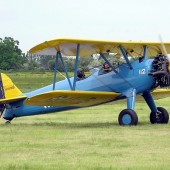 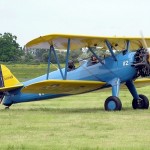 We’ve been delighted to welcome a number of new members during March; it’s fantastic to see that enthusiasm for learning to fly is flourishing.

Race week passed by smoothly as the restrictions to flying were minimal and, in any case, persistent fog and haze during the month meant that many lessons were ground-based. The seemingly glorious sunshine at the end of the month brought poor visibility and haze with it, which presented an ideal opportunity for ground school and exams. Five exams were successfully completed, namely:

Our students had success in the air, too, in March. Paul Jones completed his Qualifying Cross Country at the start of the month, and Dion Robertson successfully completed his First Solo at the end of the month. Adam Knights has been trying to get his Qualifying Cross Country done, but has been consistently thwarted by the weather. Here’s hoping he is successful in April!