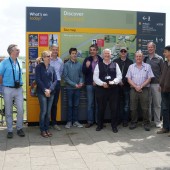 Staverton Flying School has had a successful year so far and the team have been busy helping yet more aviation enthusiasts explore the skies.

The most recent news is that Staverton Flying School have welcomed a new addition. G-GMOX is the latest Cessna 152 to the fleet! It’s already proved popular with  bookings and will mean that more PPL and students will be able to fly during the busier periods. 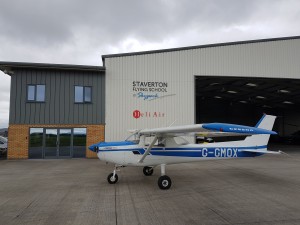 But more importantly we extend particular congratulations to the students who have successfully completed their PPL and NPPL skills tests so far this year: 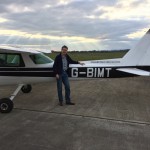 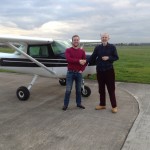 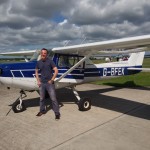 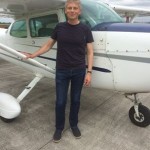 We look forward to seeing you all at the school soon to hire the aircraft’s, to start exploring and sharing your unique hobby with friends and family.

We also would like to congratulate those who have achieved their First solo flights and reached the huge milestone in their training, well done to 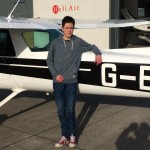 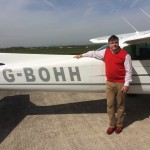 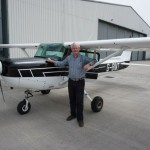 Aside from all of the trial flights we have also welcomed many new aspiring pilots this year, it won’t be long before we can mention some of their achievements

So far this year Staverton Flying School has organised a successful trip to Duxford, with all 4 of the fleet going. On Sunday the 15th May, Staverton Flying School held their second fly-away day to Duxford Imperial War Museum.  The first visit took place in July 2013 and proved a resounding success.  This latest trip was equally as popular and thoroughly enjoyed by all who took part.

10 people signed up for the trip and to accompany the students, Mark and Kim went along as instructors.  The aircraft were checked out early and by 09:30, all four aircraft were at the holding point ready for departure. 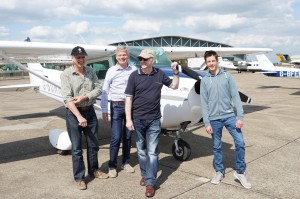 The route taken was via Banbury (to avoid Edgehill Gliding site), Daventry VOR and then to Duxford.  The weather was nice and all four aircraft arrived within a few minutes of each other.  On arrival we were treated to a Spitfire Mk9 taxiing towards the holding point, a pair of Texan T6′s carrying out a run and break to land and a Dehavilland Rapide carrying passengers on a sight-seeing ride.  The payment of the landing fees allowed all participants free entry to the museum. 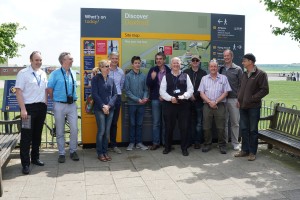 We assembled for a group photo at the visitor centre and then everyone dispersed to enjoy the sights and sounds of classic aircraft on display and flying.

Those taking part (in alphabetic order) were :

As always there is so much to see that it is impossible to do it justice in a day.  The attractions include :

We arranged to convene several hours later at the cafe for some well deserved refreshments.  The food was good quality and reasonably priced.  After a further wander round looking at the flying displays and lusting after the exotic flying machines, we eventually left for the return trip to Gloucester, swapping seats so that others could fly back.

Everyone arrived back at Gloucester having had a really enjoyable flight and an interesting day out.Our next fly-out is due to take place on Sunday the 3rd July to Aero Expo 2016 to be held at Sywell.

Don’t forget the social evenings that Staverton Flying School hold every last Thursday of the month at the Aviator pub on the airfield for all members. We hope to see more of you there at the next meeting on Thursday 29th July at 19:00!

July and August look set to be another busy couple of months let’s hope the weather continues to improve.